A downloadable game for Windows, macOS, and Linux

Ultimate Siege-Ball is a competitive two player strategy game where the objective is to get the ball in the opponents goal zone at the end of the pitch.

The ground will rise up wherever your units move creating walls and spires that can be used to fortify your goal zone or lay siege to your opponents. your typical Siege-Ball player can't climb more than one unit high

Siege-Ball is at its heart, a full-contact sport so feel free to intercept and tackle any opposing (or friendly) units, doing so will send both back to their respective goal zones (it's a useful way to make a hasty retreat) leaving the ball where it is on the pitch.

(sadly as is the nature of a 48-hour game schedule this feature was cut last minute) ;(

Ultimate Siege-Ball in relation to the GDTK theme of dual design:

there are only 2 components to US-B and it was my goal to give each as much interconnecting depth as possible.

Moves the ball: fulfils a key role in the point scoring system.

Tackles other players: give the player an extra level of control and strategy by allowing limited control of opposing units (sending them back to their side of the pitch) and the ball.

Creates walls: plays a huge role in the fortify/siege system as the only way to create and remove obstacles that hinder the progress of the base game.

Scoring system: by taking the S-ball to the opponents end of the pitch it registers a point.

messes up the neutral-zone: to prevent players from being encouraged to spend too long making neat forts that extended up to the halfway mark (trench warfare isn't very fast paced or fun) a point of contest in the centre of the pitch ensures that the ensuing fighting functions as an effective random map generator that the players then have to fortify as best as possible (also you can't complain about the map seed when you're the one generating it).

Contributors: South_paw (that's me and also the reason I didn't have enough time to put any graphics in the game). 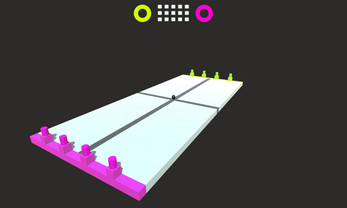 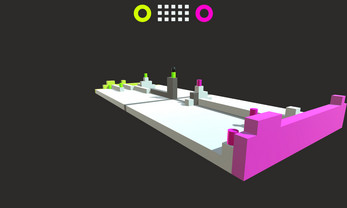 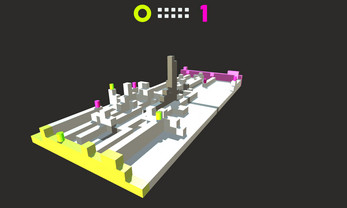 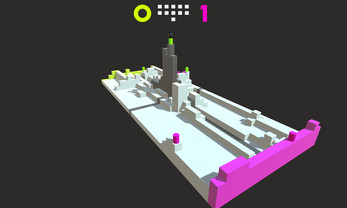 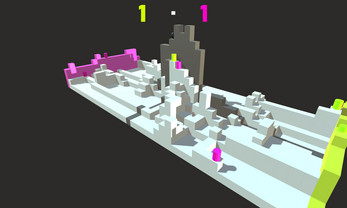 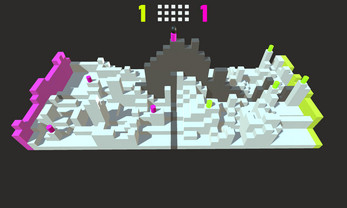